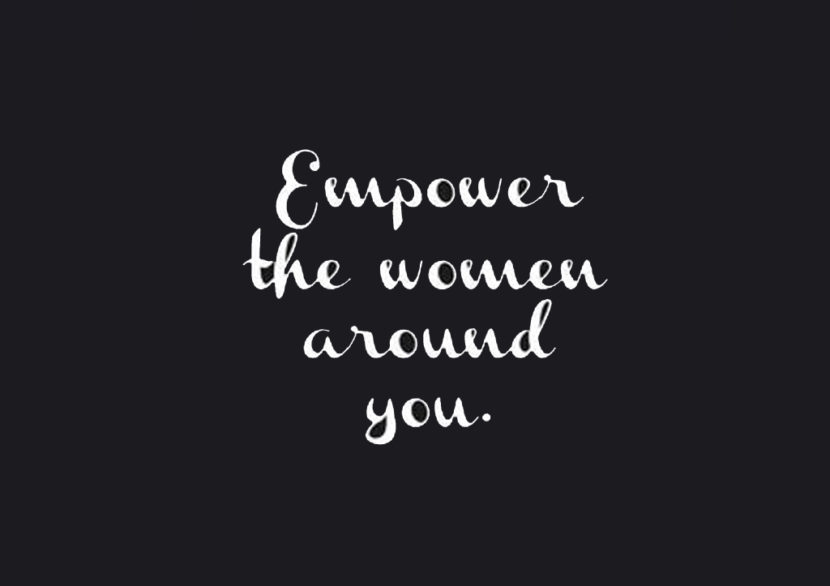 Hiring more women is profitable not just for women, but for companies as well. Research has shown companies that employ more women enjoy higher profitability and value addition in their outputs.

An example of one of the issues women face in the workplace is harassment. Many Pakistani women have taken to social media recently as a means of revealing how sexual harassment is still rampant even in more ‘liberal’ spaces. These women are helping to challenge the norm of sweeping these issues aside and starting a conversation to help improve the lives of women. It is an uncomfortable and difficult step, but a needed one.

Amina Taher is just one of the many women taking to social media to share their discontent with the harassment they face. 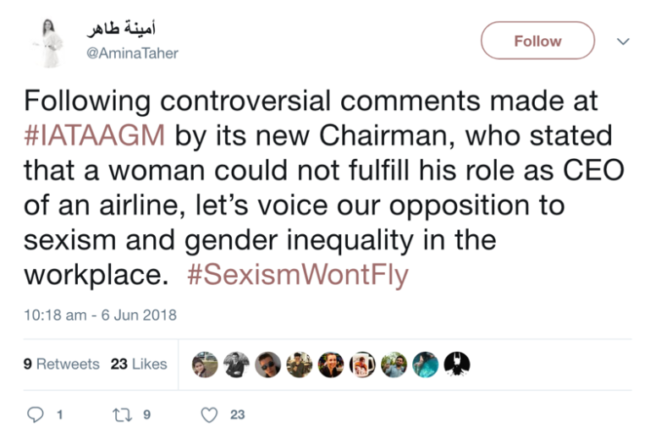 Having these conversations at home, with your colleagues, managers and more importantly other women can get the ball rolling and contribute to developing effective solutions.

As explained by Sheryl Sandberg, 64% of male employees are afraid to be left alone with women due to a fear of sexual harassment reports. Because of this fear, women in workplaces are often isolated by their male counterparts and are left out of teambuilding and networking events. That attitude is also sometimes as exclusionary as a discriminatory outlook.

It is necessary that those in charge start seeing women as people, and start looking out for their professional and personal well-being and integration into the office like any other employee.

Almost all women in a professional setting have experienced being talked over or interrupted during a meeting. Further to this, it is a common occurrence that women’s ideas are stolen by overbearing men who like taking credit for the work done by others. This professional version of mansplaining was titled ‘hepeating’in a tweet by Nicole Gugliucci, a professor who works as an advocate for equality in STEM.

A solution to this blatant disregard for the views of others was suggested by a Harvard Public Policy professor, who said ‘micro-sponsorship’ was needed to combat male professional privilege. Micro-sponsorship can be defined as the act of enlisting coworkers to advocate on your behalf when you feel that you have been wronged, spoken over or taken advantage of.

Men and women both can and should become proponents of micro-sponsorship,this system can work wonders for the acknowledgment of unfair advantages in the workplace.

According to ABC News, 23% of women have been sexually harassed by a workplace superior, and 30% have experienced workplace harassment overall.

One of the many reasons for the lack of change and accountability in sexual harassment cases occurring in the workplace is the fact that policies stacked away in dusty files do not change anything. To prevent the phenomenon, companies have to be proactive. They have to recognize that there is an issue, and they have to educate the men and women under their supervision of the nuances of the situation.

Google has started such a trend, and now educates its employees on their unconscious biases, unintended aggressions and unfair behavior. Education-based policies such as this can help in preventing behaviors that are later difficult to remedy.

When it comes to workplace harassment, the persistence and overwhelming numbers highlight that training programmes, while extremely useful, are not enough. A 2016 Equal Employment Opportunity Commission report found that only 6-13% of workplace harassment victims file complaints.

Hence, workplace harassment systems need to be refined and reconstructed. Mogul’s new Safety @ Work system is a helpful tool to understand the direction harassment reporting mechanisms need to take in the future. The company realized that the lack of an objective party to report to is often what stops victims from speaking up against harassers. To remedy this, an online form was developed that allows for anonymity if the reporter should require it. The report then gets sent to multiple HR leaders for investigation.

This multi-pronged system is revolutionary when compared to older, more obsolete systems and may lead to more women or men who have faced workplace harassment feeling comfortable enough to speak out.

While it seems counter-productive to advocate for paternity leave as a mechanism to help women in the workplace, research has shown that women ultimately benefit from these leaves. This is because, without them, women end up taking longer leaves after giving birth which often translates into them leaving employment altogether. This meshes together with phasing fathers out of childcare, restricting mothers to childcare and creating a barrier against the re-entry of women into the workplace.

Netflix recently set a good precedent in this regard. The company now allows unlimited paternity and maternity leave within the first year of childbirth. 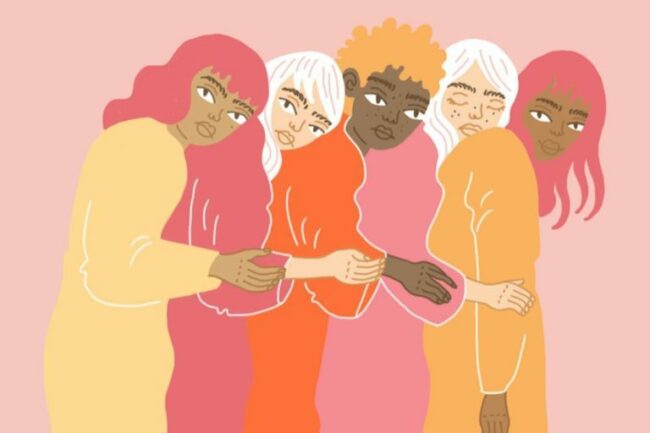 It is important for companies to recognize that if their senior and managerial positions are completely devoid of women, the problem is not with women but with their hiring processes. For example, jobs often look down upon long employment gaps and requirements for more flexible working hours, which indirectly phases women out of being considered for certain positions.

A reassessment of these boundaries is therefore required along with a special focus on hiring women as aforementioned.

It is extremely important for companies to realize that flexible schedules and working hours are key to creating a supportive environment for women. While commonly assumed by providing flexible hours, companies will have to compromise on output, research shows that offering flexible timings proves more profitable in the long run.