Over 33% of the people who have become part of rugby through this program happen to be girls and young ladies – including the captain of the emerging national team 19-year-old Shazia Shabbir. Shazia is currently on the instructing group for GIR, encouraging young ladies from Lodhran and neighboring towns in Punjab to get into the game. Two years ago when Pakistan tried to form its women’s team, Pakistan rugby officials encouraged school teachers and students, and they received a good response. Last year, Pakistan finished above Nepal, its only win, in the seven-team competition, which also featured winners South Korea, India, Malaysia, Philippines and Laos. The team also lost to India with a 0-5 score.In a country of more than 200 million people, where women are believed to be half of the population. Only men’s cricket gets recognition and cultural barriers make it difficult for sportswomen to get due encouragement to take up either team or individual sports – especially contact sports like rugby.

Rooma works as the Women Development Co-ordinator at the Pakistan Rugby Union. She has represented Pakistan in netball and handball and is a national player for basketball, football, rowing, baseball and throwball.

She was manager of the first ever girls national rugby team and conducted two All Pakistan Women National Championship of Rugby. .

Currently she is working with the under 18 girls team and aims to initiate rugby all over Pakistan. 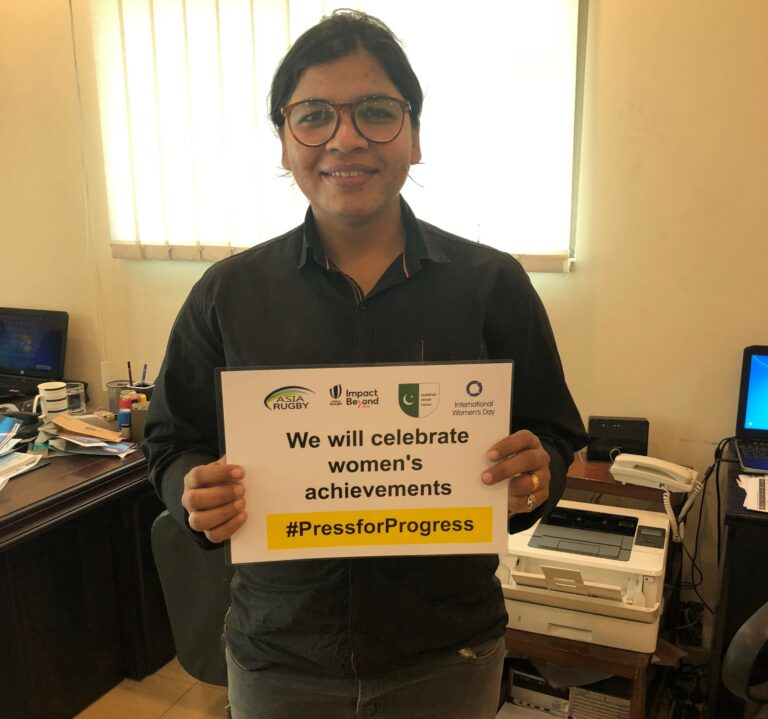